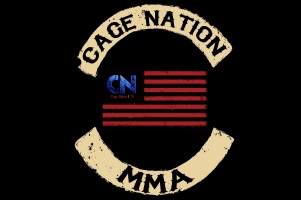 By: Albert Cameron – On a long enough time line, you and I are going to disagree about something. Who is the greatest of all time? What was the best title fight knock out? Eventually, we are going to disagree. I can’t tell you why, but the topic that I am writing about seems to be the most divisive topic, at least in the circles I run in. Perhaps it’s important to clarify that I enjoy “the sport of Mixed Martial Arts (MMA)” more than I enjoy “Fighting.” I’ll be accused of splitting hairs, but there is a very palatable difference between the two. In this week’s Friday 5ive, I’m counting down the five most important changes that turned MMA from “Ultimate Fighting” to the sport of Mixed Martial Arts.

NOTE: This is my opinion and in no way a definitive list to be haggled with.

No. 5: Introduction of the Time Limit – How often do we hear the story of Helio Gracie fighting Kimura in the three hour bout that ended with Gracie’s arm being broken with the Kimura lock? It is no secret that I have a lot of issues with my miniscule attention span; when I try and wrap my head around anything as physically exerting as Jiu-Jitsu or Judo, or even watching a single match in that time, my mind will start to wander.

The first mass introduction to the time limit that I can recall is Shamrock vs. Gracie 2; which in and of itself sucked, mostly because the strategy on both sides of the ref was to wait the other guy out. Had it not been for the time limit, that fight might have gone on for hours. For me, the time limit was the first step in really legitimizing “fighting” as the “sport of mixed martial arts.” Every sport known to the public at large has a time limit, it only stands to reason that for this new brand of combat sports to take it to the next level, limitations would have to be put in place.

As far as I can tell, the main point of consternation between my point of view and the No-Holds-Barred purists is that an unlimited fighting time is essential to some styles of fighting. I often find those with that argument carrying the same sort of argument are grasping at straws. If your fighting style isn’t ready to evolve with time limits, perhaps it’s either ineffective or not a good fight with the natural progression of the sport. 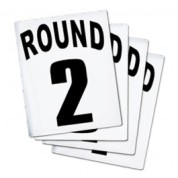 No. 4: Implementation of Rounds – In order to get to the level of “sport,” there would have to be a scoring system in place. In order for there to be scoring, there would have to be quantifiable increments of action or play; in combat sports, we know those as rounds (or “periods” if you’re a grappler). We found ourselves with the “ten point must system,” which isn’t perfect, but what scoring criteria is?

I had a friend put the round system into a perfect perspective for me; this friend is a coach and corner man and I’m embarrassed that I never thought of it this way. Each round in a fight, boxing or MMA, is its own independent entity; each round is its own little mini fight. When one round is done, the round before has no consequence or implications on the round that follows. This was a pretty big epiphany for me; how often don’t we see someone take a world class ass kicking in the first round, flurry at the end of the second and push the pace in the third? Surely, that first round was the nail in the coffin, right? Not according to the scoring system. I think if we all carried that perspective, we’d spend a lot less time being pissed off at the judges.

You know what else the rounds gave us? Better fights. As soon as a quantifiable amount of time that a fight could go on was established, then there was a scientific constant that an athlete could plan his cardio training around. If a fight camp knows how to calculate cardio, an athlete is able to fight for longer amounts of time and the later rounds are more action packed. It stands to believe that if a fighter were to go into a fight, not knowing how long the fight would take, they’d try and stop the fight early. If an opponent was tough enough, one could gas themselves out trying to stop the fight.

The argument? Well, there really isn’t one. Boxing has been a sport for almost a hundred years longer than MMA and rounds are an important part of the contest. Besides, where do you think “saved by the bell” came from? 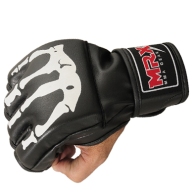 No. 3: Use of Gloves – Quick! Name three knock outs that occurred at UFC number one! Time’s up. I remember watching an interview with Ed O’Neil (Al Bundy from Married with Children); he said that with the gloves that you could punch the side of a barn. One could argue that you could punch the side of the barn without one, but I get what he’s saying. When it was announced that “The World’s Most Dangerous Man” Ken Shamrock was going to fight in a bareknuckle fight, and when BKB stood for “Bare Knuckle Boxing,” I looked into bareknuckle fighting. What I had discovered was limited, but it made sense.

Let’s all agree on a single truth: combat gloves, boxing or otherwise, are designed to protect the hand and not the head of the person being hit. Bareknuckle fights, including the early UFC’s and RioHeroes, really don’t have knockouts because the hand and wrist are vulnerable. Another truth: the hand is not designed to be a weapon for blunt force trauma, it’s why a metacarpal break is often called a boxers break. When the UFC made the gloves mandatory, we began to see a lot more knock outs. I have yet to meet anyone who has ever said “Man, I hope this fight goes to a long, drawn out decision.” According to our baser instincts, we like to see stoppages. We like knock outs, we like submissions, we like to see someone’s resolve completely crumble. In MMA, we have a lot more of that because of the open palmed, fingerless, MMA gloves.

In the movie “Undisputed,” it was established that Ving Rhames and Wesley Snipes would wear gloves because it would encourage knock outs. In the movie “Gladiator,” it was determined that the top of the head is the hardest part of the body. We’ve established that the hand wasn’t designed to be used to inflict blunt force trauma; surely not meant to inflict blunt force trauma to the most structurally protective bone structure in the human anatomy. What those fingerless gloves did was really revolutionize the sport; there was encouragement to throw hands, to search for knock outs, and we got an important aspect to the sport we all know and love today.

No. 2: The Weight Class – I remember watching the replay of UFC 1, seeing Teila Tui step into the cage against Gerard Gordeau. My first impression was that Gordeau was going to get absolutely wrecked and that Tui was going to use his gi pants as toilet paper later that night. Of course, it didn’t happen that way, which was MMA’s first spectacle novelty. Without it, I can’t say that we would have gotten the highlight reel footage that we needed to get noticed. After that, the novelty of freak fights was endeared, but unnecessary.

My question to you is: do you feel that a guy Tim Sylvia’s size fighting a guy TJ Dillishaw’s size is a fair competition? Let’s even go as far as saying, they are the same height with the same reach; do you still feel that a man who ought weighs another martial artist by approximately one hundred and thirty five pounds is a fair competition. In that comparison, Tim Sylvia weighs two of TJ Dillishaw. Literally twice the body mass. I know the argument that Royce Gracie was fighting guys twice his size, but the game has changed since then. Dan “The Beast” Severn has famously said that if a fight doesn’t end in the first two or three punches, it’s going to go to the ground. Any fight between high school girls will tell you the same thing. Gracie was fighting guys with traditional martial art backgrounds, who had no concept of the ground game. To be fair to Gracie, the one guy who did have ground expertise was dispatched of, but Gracie also had the most trouble with that opponent in the tournament. Back to our comparison, both fighters have equal training and the same skills to fight. Unlike Royce Gracie having the technical advantage, the only advantage to be obtained in our comparison is that Tim Sylvia has the weight advantage. Do you still feel like Tim Sylvia vs. TJ Dillishaw is a fair fight?

In order for MMA to be legitimized as a sport, it had to be a fair contest. MMA had an undercurrent of evolution, that Gracie Jiu-Jitsu could be learned and Royce Gracie’s technical advantage would diminish faster than anyone thought. The days of “Ultimate Fighting” being a platform to find out which style was best was coming to an end. You couldn’t tell which style was the best because all of the styles were becoming amalgamated. Boxers were learning Brazilian Jiu-Jitsu (BJJ), wrestlers were learning BJJ, Karateka were learning BJJ. How can you say that you are representing Tang Soo Do when you are relying on BJJ to keep from being submitted? John Piretti, the owner and entrepreneur behind Extreme Fighting, coined the phrase “Mixed Martial Arts.” Now that all of the combatants have similar skills, we needed to make the contest as fair as possible. Like any man-on-man combat sport, they had to be of equal size or body mass. Without the weight limit, we would not have taken the important step to becoming a sport. 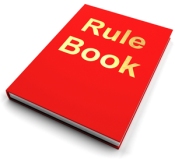 No. 1: The Unified Rules of MMA – This is where I might be accused of a little nut-huggery. This is also where I get in the most contention with children on the internet when it comes to the world of combat sports. I have an extremely bad taste in my mouth from the RioHeroes promotion out of Brazil. In 2005, No-Holds-Barred fighting really had no place in the global combat sports spectrum. In fact, I can’t imagine that No-Holds-Barred fighting ever had a place, even the UFC had to brand it as “Ultimate Fighting” and called it a martial arts challenge. Perhaps that’s where Cro-Magnan Man separated from Homo Sapiens; the Cro-Mags wanted to watch other Cro-Mags beat the shit out of each other on daycare play pads like in RioHeroes, who knows?

Long story short: If it weren’t for the unified rules, MMA may very well be extinct today. If the state athletic commissions don’t like the rules you play by, you don’t play. Period. It is understood that MMA of today really bears little resemblance to the first UFC or the Vale Tudo out Brazil; but that was a natural evolution. It had to happen. Because of the rules that were adopted, we can see MMA events in just about every state in the union. Each region are getting their own heroes, the regional promotions are putting on better fights than the bigger stage a lot of the time. The rules established are an intimate part of the fights that we watch. How much fun would baseball be if the rules were “hit the ball and do whatever you want?” The rules give the sport an identity, makes it familiar, and keeps it endearing.

Thank you for reading this week’s Friday 5ive. Keep your eyes on CageNationTV.com today, the Prizefight Podcast will be dropping today.