By: Albert Miller – Then past seven days have had some of the craziest things in the headlines for as long as I can remember; and please keep in mind: 1. I’ve got a memory like a steel trap, and 2. I was around for the Tyson era. For someone to have two such experiences and still believe that this week was a week that may go down in the records books as “What the actual f—?”, that’s really making a statement.

So, with that being said, this week’s Friday 5ive is a curation of this week’s head-spinning headlines that came from the world of combat sports this week!

Note: by now, I don’t feel like I should have to defend myself and my articles to your blog and your facebook page, but that’s the world we live in. This list is according to me and is in no way definitive or meant to get your man sized panties in a bunch. Have a great weekend and thanks for reading!

No. 5: Jordan Rinaldi signs with UFC; has to drop out of Gladiators of the Cage Main Event – Jordan Rinaldi is near and dear to a lot of hearts where I’m from; specifically, the Altoona region. Jordan Rinaldi was in the main event of Complete Devastation MMA (CDMMA 3) and won the then vacant CDMMA welterweight championship against Southern MMA fighter Noe Quintanilla. Since that fight, Rinaldi had made an unsuccessful bid at a shot with the Ultimate Fighting Championship (UFC) and their reality show “The Ultimate Fighter.” Jordan Rinaldi was scheduled to fight Joey “The Hitman” Holt for the Gladiators of the Cage (GOTC) lightweight championship that was vacated by Rob Hannah. All well and good, until word came down that Jordan Rinaldi had been signed by the Ultimate Fighting Championship and would be fighting May 29th. Me, in my infinite wisdom, asked: would this stop Rinaldi from fighting at GOTC? That question even made the crickets uncomfortable. The answer: well, if you fight for the UFC, you’re pretty exclusive. As of right now, GOTC has a main event replacement in the works for their June 4th card at Stage AE. We should all be a little flattered, that the UFC still has their eyes on our fights even after the last UFC in Pittsburgh. Do you get what I’m saying when I preach about going to see local fights? You will literally see the stars of tomorrow at these fights! More on the GOTC replacement as the news is available.

No. 4: Conor McGregor Releases Boxing Video; it was underwhelming – In boxing, if you don’t like getting hit in the face, you don’t have the option of a takedown and changing the pace of the fight into a ground war. If you don’t like getting hit in the face, superior head and foot movement is your only recourse. So, with that being understood, if Conor McGregor was going to find a new spring of fame and a future beyond the largest Mixed Martial Arts promoter in the world, he’d surely find it in the realm of boxing? Well …maybe not. Conor McGregor released a video of himself boxing (at least, I’m pretty sure it’s him. With the internet being so full of bastard coated bastards with creamy bastard filling, it’s so hard to tell) and a lot of it was really underwhelming. The foot and head movement displayed in the video actually didn’t do much for the reputation of MMA strikers at all. The question poses: how can this man be the number one ranked featherweight in the world and look flat-footed in a boxing match? It’s not just me who is underwhelmed either; I have friends who are boxing coaches, and they agree that Conor didn’t look as slick as someone who claims to be fighting Floyd Mayweather, Jr. For the record, I still don’t believe that McGregor will be fighting Mayweather.

No. 3: Murat Gassiev knocks out Jake Shimmell on Tuesday Night – Tuesday night, I had to leave work early because of a headache that felt more like a natural disaster than a biological malady. I drag myself out of an Excedrin induced sleep coma just long enough to catch the main event of Premier Boxing Champions (PBC) main event on Fox: Murat “Iron” Russiev vs. Jake Shimmel. PBC has been getting a lot of flack lately, especially from the boxing purists of the world; I belong to a different camp, I am grateful for all of the effort that PBC has been making. PBC being on FS1, Spike, and ESPN has drawn me to boxing in a way that had been previously lacking. The main event that PBC put on was absolutely incredible, it only lasted a round, but that’s how most of Tyson’s fights ended. Now, it may be a few degrees of being desensitized to seeing knockouts over the years, but when Gassiev sent Shimmell crashing to the mat at the end of the first, I hadn’t been that shocked in a while. It was also the first time that I had seen a pugilist require so much medical attention post fight as well. If I had my druthers, that’s how every Tuesday would end …without the blinding migraine, of course.

No. 2: Canelo Alvarez vacates title to fight GGG …GGG named champion in Alvarez’s absence – This situation can best be described as: “Canelo Alvarez vacated his WBC title to duck Genedy G Golovkin …just to fight Genedy G Golovkin.” Now, as bat-shit crazy as that sounds, it’s fairly accurate. In boxing, Middleweight (according to the WBC) has a weight limit of one hundred and sixty pounds. According to negotiations between Golovkin and Saul “Canelo” Alvarez, Canelo was pushing for a fight at one hundred fifty five pounds. Being that Alvarez was the World Boxing Council (WBC) middleweight champion, he had social and contractual obligations to fight Golovkin (the number one contender) at a sanctioned weight class to defend the WBC Middleweight championship. In a move that can only be described as “Conor McGregor-esque,” Alvarez vacated the championship instead of allowing the convention of being a middleweight champion get in his way of fighting Golovkin at a weight class that’s only five pounds lighter than he won the championship at. No word on whether or not the fight has been signed as of this writing. 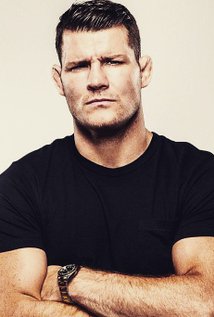 No. 1: Michael “The Count” Bisping named replacement for Jacare against Luke Rockhold for UFC Middleweight Championship fight – I never thought I’d see a day when Anderson “the Spider” Silva was out of the immediate title picture, when it seems like only yesterday he was cementing his place in the annals of history as one of the best martial artists of all time. Chris Weidman was supposed to get his rematch with Luke Rockhold, and injuries being what they are, Weidman was forced out of the match. Now, the middleweight division in the Ultimate Fighting Championship (UFC) is still pretty diverse. With Weidman being out, Jacare Souza was the next in line; with his injury, Michael “The Count” Bisping was called up to the title fight. There was a great infographic about the middleweight title picture, pretty much putting arguments about Bisping being worthy to bed. In my personal opinion, I couldn’t be happier for Bisping and I have to believe that this could be as much of MMA’s “Cindarella Man” as any fight could be. Michael “The Count” Bisping gets his eye injured, almost career ending, and fights his way back to the main event? That series of life events seems like Sylvester Stallone wrote it.

Thank you for joining us for the Friday 5ive this week! Make sure you check out the Prizefight Podcast this week, where we’re counting down the King of the Cage: Blood Enemies event going down in Washington, PA!