By: Albert Miller – Recently I’ve discovered that a lot of really sharp minds in the world of regional combat sports have allowed me to exist in their universe and realm of visibility. Not such a big deal to most, but it has afforded me the opportunity to postulate theories and substantiate opinions without fear of the hateful anonymous flaying my opinions for existing; the internet can be an unforgiving realm.

I don’t think that I’ve ever made it a secret that I loved the International Fight League (IFL) and their concept. As someone who is a life long fan of combat sports, a person vs. person endeavor, the idea of getting the same gratification out of a team sport was refreshing. The way I write the Friday 5ive is methodical: a concept will enter my thoughts, and then a theme identifies itself. This week: I’m counting down five of the best cancelled concepts in combat sports.

Note: This is an opinion and should not be construed as authoritative. 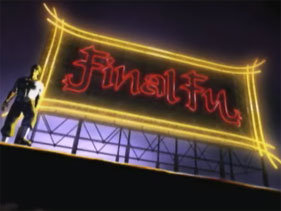 No. 5: MTV’s Final Fu – If I’ve never defined it for you, the first “MMA Boom” was a period of time that occurred when the Ultimate Fighter was in the middle of its first season on Spike TV. During the MMA Boom, a lot of people tried to cash in on the combat sports craze; MMA promotions were getting signed sight-unseen, boxing’s programming was picking up, Real Pro Wrestling (and we’ll talk about them later) had debuted, and traditional martial arts programs were on the rise. During this time, MTV2 was trying to produce action content aimed at a young male audience (Wrestling Society X was their pro wrestling platform), and a martial arts show called “Final Fu” was on their schedule. Final Fu was a show that took traditional martial artists through challenges and competitions to find out who was the best martial artist in competition. The show had its shortcomings, but much like WMAC Masters, Final Fu shed a lot of light on traditional martial arts that may not have been showcased otherwise. The program was hosted by Ernie Reyes, Jr. (whom I recognized from Teenage Mutant Ninja Turtles II: Secret of the Ooze), and for all intents and purposes, was entertaining to watch. The show only lasted for one season, and I really believe because it was before its time. With Kickboxing being as big as it is ten years later, I think Final Fu may have lasted a season or two longer if it had been developed a decade later. Videos of Final Fu are hard to find, so you might have to take my word on this one.

No. 4: Big Knockout Boxing (BKB) – Big Knockout Boxing hasn’t been officially declared dead, but when more than a year has passed since your last outing, it’s time to start filling out the toe tag. BKB started out as a promotion known as “Bare Knuckle Boxing,” which had gloves …with the knuckles cut out. The knuckle-less gloves did absolutely nothing to support the fist and the concept was abandoned after just one event. Even though the gloves were a potentially bad idea, the promotion did have concepts that were worth saving, and Bare Knuckle Boxing became Big Knockout Boxing. In the world of selling pay-per-view buys, especially for a niche provider like Direct TV, presentation and pageantry are extremely important. BKB had a smaller fighting surface called “the Pit,” and it resembled a cone more than a pit; the pit did force pugilists to engage with each other, making less room for evasion tactics. BKB had different rules: shorter rounds, different gloves, etc.; the rules were so different that boxing records had to include a different column for BKB contests. The unintended consequence of all of that is that BKB was just different enough that it couldn’t be sanctioned by the World Boxing Organization (WBO), International Boxing Federation (IBF), or any of the major sanctioning bodies of boxing. BKB had their own champions, and was the closest we’ll ever get to boxing adopting the promotional model of combat. It was an apples to apples comparison of boxing. Two men, boxers, had to compete in BKB and their previous records didn’t count because its not the law of this existing contest. The promotional model, with all of its flaws, does make boxing easier to follow and track. 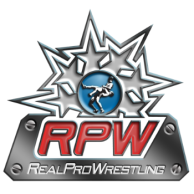 No. 3: Real Pro Wrestling (RPW) – I only wrestled for one year, but that one year of amateur wrestling did a lot for me in terms of esteem and confidence; truthfully, If you have a child who wants to wrestle, I completely encourage it. I remember the first time I saw a commercial for the RPW concept, my jaw had absolutely hit the floor. Amateur wrestling was a concept that I could understand, and RPW did a great job of introducing Greco-Roman concepts, so I’m actually learning while I’m being entertained. I didn’t know it at the time, but the RPW wrestlers were quality athletes that were going to make moves in the world of combat sports. Much like the World Combat League (WCL; we’ll talk about them next) I truly believe that RPW was ahead of its time. It’s funny to say that about the world’s oldest sport, but it’s true. Today, we are so familiar with Metamoris and the Eddie Bravo Invitational that we don’t bat an eye at grappling competitions.

No. 2: Chuck Norris’ World Combat League – If you consider today’s combat sports climate, kickboxing is on a sharp incline over the last ten years. Guys who were competing in MMA find that they are more inclined in the striking arts and are trying their hand at Pro-Am (Professional-Amateur) kickboxing and are finding a greater degree of success. The concept of the World Combat League (WCL) harnessed all of that, except it was formulated in a time when pro kickboxing was an overseas asset and the waxing trend in combat was MMA. The WCL’s concept was nearly identical to that of the International Fight League (IFL): a team format with coaches who had accomplished great things in combat. The WCL held competition in a circular pit, athletes wore uniforms similar to gi pants, and the rules were a hybrid of kickboxing and boxing. The early 2000’s were not kind to team combat sports, both the WCL and the IFL only lasted a few seasons and then interest completely fizzled. It can be postulated that the WCL was just really ahead of its time. If Chuck Norris had decided to innovate his World Combat League ten years later, it may have struck a much larger chord than it did in 2009.

No. 1: The Contender – There was a point in time that I didn’t follow boxing, mostly because I didn’t understand it. I learned so much about MMA because of my immersion in it; boxing already had such an established history that it was overwhelming to try and understand it at that point (allow me to also introduce the caveat that I also suffer from a degree of “short attention span”). One of my best memories of combat sports is “The Contender” TV show. The day after the contender was on, the latest episode would be streamed online; during a free period, my friend Rich and I would watch that episode and had a field day discussing it. What the Contender did was introduce a finite quality of competition and got me emotionally invested in the outcome. In short: it gave me reason to watch and understand the implications of two proposed outcomes. The Contender planted the seeds for the fan of boxing that I am today. The Contender was running shoulder to shoulder with the UFC’s “Ultimate Fighter,” and ultimately failed to capture the market share from the UFC. The Contender was a show that featured boxing matches, edited for action, and maybe that’s why the Ultimate Fighter won: the realism. The Contender only lasted three season and then was cancelled. When we think about how much momentum that boxing has built up over the last two years, how McGregor and Mayweather has built so much hype, perhaps a show like the Contender may have had a bigger impact. The sad reality is that now we can only wonder.

Thank you for joining us this week for the Friday 5ive. If this week’s piece proves anything, it’s that we have some pretty cool combat concepts in our history. As time and innovation progress, I can only be excited for the concepts to come!